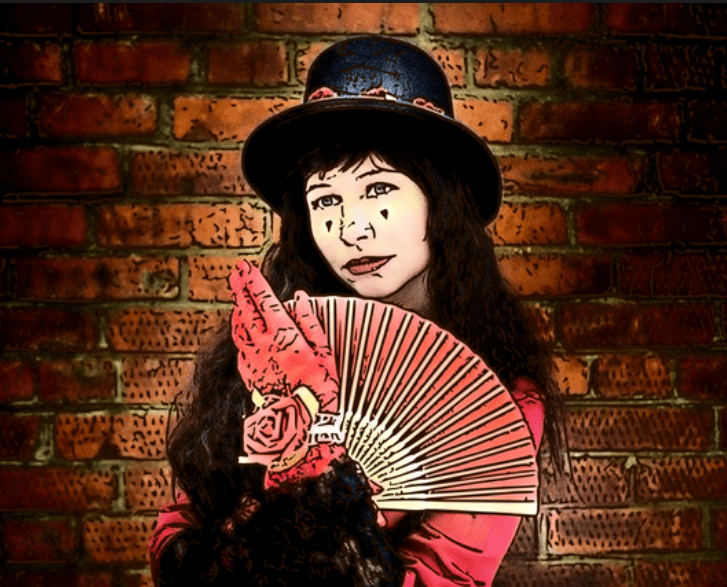 Improvisation is the releasing of your inward self into an experience.  Experiencing a circumstance without having planned the outcome or journey is part of being able to Improvise. Understanding What is Improvisation can help you to be relaxed during acting. Permission yourself to experience more in acting.

Understanding as an actor what is Improvisation for you directly is key.

Some, Key Quotes in this Acting Article:
“Many Actors have to train in improvisational techniques in order be able to Improvise.“
“You must be in a place of believing that the components of your Improvisation are real.“

Copyright 2019, 2022 Simon Blake
BEING BEFORE DOING is key in acting!
PLEASE SHARE THIS ARTICLE!

Knowing what is Improvisation for yourself will add to your abilities to make choices for your acting. This will include which emotions you will choose to work with and which particularizations or acting exercises you will use to work out details to rehearse for a scene.

The improvised unfiltered behavioral additions to an Acting scene happen when an Actor Improvises.  When an Actor is spontaneous, reactive, alert and receiving the other actor they are participating in an improvised way in the scene.  The allowance of responding truthfully rather than as planned is the improvisation elements of both Drama and Comedy.

How do Actors achieve Improvisation

Many Actors have to train in improvisational techniques in order be able to Improvise.  Most often Improvisation is a skill to learn that may take a couple years to be able to get really good at being able to do.

When an Actor walks into a scene, they want to be able to be alive and present with all that is surrounding them.  Being able to be relaxed enough to stay open to responding to something when it happens or if something occurs is a task to achieve by itself.

What are the Improvisational Components?

The improvisational components of the Actor will always be to reveal their true real time responses to what is happening in the scene.  Staying connected to how the Actor feels about being in their imaginary circumstances.  Being in tune with how you feel and are being affected by those around you.

Actors who do not train themselves to naturally release their instinctual responses often become uncomfortable when real scenarios occur in their acting work.  Training improvisational means that you are training yourself to release your natural instincts during imaginary acting circumstances.

You must be in a place of believing that the components of your Improvisation are real.

When you gain the experiences of your improvisational components you can rest into the circumstances and really improvise.   Relaxing into the familiarity that you must have in the scene is part of how to get the values of yourself into your acting. Knowing what improvisation is and what is standard parts of the scene makes a huge difference to the Actor.

How to have a Natural Response in Acting

When any real experiences occur in acting scenes the improvisational Actor will have a natural response.  If the Actor is unwilling to respond improvisational, they are in their own mindset or trying to control the living out of a scene.

You know your certainties.  You know the relationships basics.  You know your set up of where you have come from.  Now the question is are you willing to explore without restrictions that environment and that set of circumstances.

Even with lines you want to be able to learn to Improvise.  Improvisation is the ability to explore the depth of the circumstances.  You start with where you have come from, and you explore where you are going even when you are on the path of dialogue.

How do you learn Improvisation?

You learn Improvisation by practicing the release of your real impulses, feelings and points of view about the circumstances you are in. This way you really show up in your acting and your point of view and personally interact with the acting scenarios or the scene work.

You learn to work in ways that releases your instinctual responses rather than preplanning your response during acting scenes.  The more you are able to receive from another and have a true response based off of them the more you are practicing learning what is improvisation.

Are there Acting techniques that train Improvisation more than others?
Yes. There are exercises that train your spontaneity and improvisational abilities.  Working without lines in scenes will empower you to improvise the points to the scenes without having to stick to the lines.  You will still express the ideas of the scenes but be working to improvise the dialogue.

The more you can put the scenes that you are preparing for in your own words the more you will achieve understanding of your material.  You gain comprehension and particularizations when you are able to put into your own words different ways to express similar concepts as the written dialogue.

The exercises have someone inside the door working on some sort of Activity that they have to get done for personal reasons and someone outside the door coming to get something.  The work is about the Actors connecting to one another and impulsively working to relate to each other without scripts.  These are Dramatic Improvisational exercises which often can include comedic elements.

Why do most people relate Improvisation to Comedy?

Many people relate what is improvisation to comedy.  The reality of improvisation is that it is a very dramatic occurrence.  The more dramatic the occurrence often the more ironic and more comedic the event.

If you are doing comedy the more seriously you can take it in the better.  The more serious you can take in your other Actors the more you will be affected and thus the more comedic it will become.  You yourself is often not feeling the jovialness of the joke but all serious jokes are the most funny.

You want to learn to Improvise in all of your acting scenes.  Learning to let yourself live within the experience of the conditions you find yourself in and improvise your way through those experiences is the ideal.

Can Anyone learn to Improvise?

Anyone who is capable of letting go of their own impulsive expressions can learn to improvise.  It does take a safe enough environment to be able to be free enough to feel that you can express yourself.

If you are willing to allow your opinions to be expressed without filtering them before you say them than you are capable of learning to improvise.  Improvising in life is different than learning to improvise in Art.  In life consequences catch up with your opinions and life lasting effects occur when you express yourself and how you really feel about topics and issues.

I thought acting was planned, do Actors really Improvise during scenes?

It is a hidden and not so hidden secret that the greatest Actors all improvised.  It must be understood that there are so many different ways to use and explore what is improvisation.  Sometimes actors just take pieces of the scenes that they need to identify with stronger and improvise those elements.

Other times it is the improvisations that lead the beginning of the scene which then follow the exact lines of the script.  The life of the prior improvisation carries through underneath the subtext of the lines with fresh experience supporting the words.

Simon Blake has studied between 30000 – 40000 acting exercises and studied over 8-10++ thousand acting students work in acting. Studying their Emotional Preparation to their Spoon River Work. Studying every area of Meisner training work with well over 30 Teachers including himself.