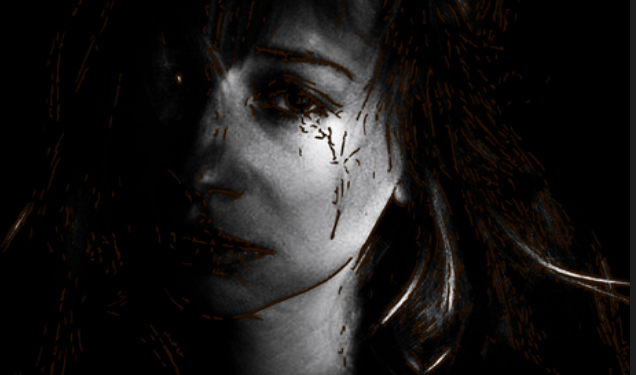 The first moment of their acting the Emotional Preparation Technique clashes with the exercise which creates a merge of creativity. This first moment often carries more responses and increases the happenings during acting.

Some Key Quotes in this Acting Article:
“The goal is to be ready, if the partner pulls from you by interaction your emotional state.“
“Finding your own purpose of Emotional Preparation will expand yourself as an Actor.”

Copyright 2022 Simon Blake
BEING Before DOING in acting is key!
PLEASE SHARE THIS ARTICLE!

When you are honest with yourself you don’t have to work logically to make anything up, this is the effortlessness that is needed in acting starts to be obtained. When you work with honesty you don’t need to find the words to express because the words that you have are the expression.

The purpose of Emotional Preparation is to release its own expression into acting.

What Preparation Leads to

The preparation leads to the abilities to prime oneself to be able to be affected in the desired way truthfully by another’s interaction with them. The goal is not to present the internal process to the audience without a partner’s emotional stimulation.

The goal is to be ready, if the partner pulls from you by interaction your emotional state. The exception to this may be at the very first moment a door or a first moment in a scene where your intention is apparent until interaction begins. The carrying over of Emotional Preparation may fluid the scene with the interaction.

Bringing over the specific stimulus of the Emotional Preparation can affect and lead another to the finding of the results acting. The “Preparation’ started with the Steps of Emotional Preparation and then carried over into the scene. The emotional results within the Actor in real time and with the process and direction of timing that the script desires.

You will become more aware of your own neurotic tendencies when you work with activating your emotions in acting. Later you can learn that you can create who you are and be able to confront the neurotic tendencies outside of the arena of Acting on your own personal terms as well as shaping your acting work.

Emotional Preparation is indeed an exploration of those neurotic tendencies and the ability to harness them into the creative work that you do. The Result and the purpose of Emotional Preparation gifts yourself insight into your own tendencies and gains you tools to be able to inject them into your acting. Thus, you are able to have your quirks and questers able to be in your work and your impulses active safely expressing yourself without inhibition in scene work.

The purpose of Emotional Preparation is to do the hard work of emotional stimulation before the interaction in acting begins. The goal is to carry into the acting work initial impulses and emotional elements into your acting.

Without pushing the performing of emotion the goal is to bring in the emotion into the interaction of the acting experience. Interaction replaces the need to perform.

Thus, you gain the emotional awakening before working (The Being work) to leap into the Doing work of the acting (the acting interaction).

Finding your own purpose of Emotional Preparation will expand yourself as an Actor.

Simon Blake has studied over 30 000 – 40 000 acting exercises and studied over 8-10++ thousand acting students work in acting. Studying their Emotional Preparation to their Spoon River Work. Studying every area of Meisner training work with well over 30 Teachers including himself.