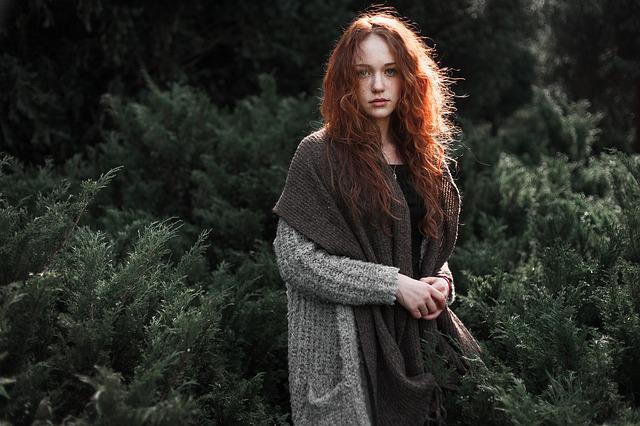 How Actors Develop Their Humanity

Knowing how Actors develop their humanity put you on a path to find your own market and audience. Your growth attracts audiences to find humanity within themselves. Actors find and work with parts of their internal selves. The road of development for an Actor is the pathway to their successes.

If you choose to improve who you are at its core you will open yourself to experiences in acting that will entice growth.

The Actor and The Theatre

Grow is such a big deal for an Actor and it is because the perspective of the theatre offers protection for development. Actors need a solid training ground to be able to do acting training. This means that they need safety on the stage to explore even times where emotions cause desires to scream and yell. Providing training grounds for Actors to be both safe and able to access their emotions takes skill and is the credit of the theatre.

The Art of Acting

Everything that is felt is part of the acting experience on stage or in film during the Imaginary Circumstances.

What Does an Actor Do

The Actor finds within themselves the emotional development of the ark of the storyline the playwright has written. Finding the parts within themselves creates an involved experience for the Actor who takes to the stage as a performer. Real performers often live out life without being character’s in their own experience but appear to be character’s to their audiences.

What an Actor does is how actors develop their humanity by investing in themselves and developments.

Acting Technique is The Science of Self Activation

The Acting techniques that an Actor finds within themselves is their own science of themselves. It is a science to find all the different parts of yourself through introspection and improvisation for acting.

The next step after introspection is to gain the ability to self activate the emotional life of the scene. Some Actors call this their ability to create a character while other schools of thought put down the language a of character and plight for acting training only being real. The fact is that any good acting regardless of labels involves realism.

Finding Your Own Approach to Acting

There are many schools of thoughts and Icon’s of teaching techniques that have a lot of meaning to many people. This includes Sanford Meisner, Harold Clurman, Stanislavski and the Stella Adler Studio of acting.

Regardless of school of thought each Actor must find within themselves their own Acting Technique.

Each actor has a different place to find their own anger, rage, sadness, guilt, happiness, joy and other emotions.

If you use other Actors motivations you may not necessarily find your own emotion. The key for acting to work for you is finding your own acting technique and road mapping your own success.

In Professional Acting Training actors will rehearse similar dramatic Improvisation. Instead of a Divorce settlement that is in the script they will practice an engagement break up being the improvised circumstance. Setting up a dramatic improvisation to a job loss.

Typically actors will expand their concentrations by doing Acting Independent Activities during scene rehearsals. Picking an Acting activity that applies to the scene adds freshness to the acting rehearsals.

The Visual Imagery of Emotional Preparation

Emotional Preparation is to find the Emotional Range that matches nearly what the playwright has written. However, finding and sparking that emotional range yourself is what is required.

Imagination is a two way street with both flattering and unflattering imagination.

Nurturing your imagination should attempt to find both good and bad habits in the other actor. Can you imagine the other actor doing something terrible to another that you are defending. If so, then find scenes that match that scenerio.

Can you imagine the other Actor having a crush on you , then that would be the time to find some romantic comedies or dramatic comedies and mutually work together on them. The life lived in the actor training is there to stay in the acting training but explores believable content.

Empathy for Her Character?

Many professional actors speak towards themselves like they are characters. This is your decision. There are debates that are individual to each side of character vs no character. What matters the most is accessing your talent. Can you find the talent within yourself. Empathy is a really important aspect which helps you as an Actor receive other Actors.

Acting teachers are able to teach empathy in classrooms where listening and receiving are taught. If the entire focus is always based in competition empathy could be lacking.

When you find your empathy in acting you will likely have more patience in researching the parts you do. If you don’t find the empathy of the part you want consider finding another part you have more feelings towards.

Viewpoints in acting is the ability to find your own unique point of view and to receive the other expressed view point. If you are acting only off your own viewpoint you are likely missing textures that could be added into your own work.

The Actor Must Have an Approach to Acting

There are all sorts of non-vocal forms of theatre. Sometimes by studying acting like Mime you can develop higher awareness into movement on stage. Whatever you determine to add to your acting approach you need to know that you need an approach.

Studying others approaches to acting can be fantastic when you can take some pieces and find what works for you. Take the Meisner approach for example. Some instructors instruct that Repetition exercise should have no fluidity and only be repeated 6 times and not done in improvisations. If you adapt this and find it helpful for your own acting technique it could be a real benefit. If you expand that repetition to be included in rehearsals and improvisations you could really develop yourself finding new parts of yourself in the process.

You control and you are in control to what ways you access yourself and your training. Of course, in order to achieve steps to becoming an actor you may have to learn your teachers approach before stepping into your own.

Treating the stage like a giant swimming pool of imaginary circumstances that you swim through every time you enter should help your acting. Imaginary Circumstances are conditions that train actors.

Set up different Emotional Preparation techniques and find your approaches to acting and accessing your own emotions.

Putting Oneself Into Your Acting

The art of acting rests in the technique the actor works on and determines works for them. How Actors develop their humanity is to find elements of themselves in rehearsals. Putting oneself into your acting ignite the emotions to spark and flow from their insides out.

Emotional Preparation Puts Your Emotion into your Acting

The goal here is to spark your own emotion. Actually have it with your meaning activated.

Actors and Actresses need emotions to be active within themselves and interacting within the scene. Once you put your emotions into interaction in acting you open yourself to the opportunity of exploring your real tendencies and the truth of your acting partner.

Go Beyond Your Emotions into Interaction

Leaping beyond your emotions and interacting with them takes courage. This is why is it a difficulty to learn acting. Recognize the hard work it takes to be entirely truthful in front of a crowd of people.

Reminding yourself that you are an artist may help to center your approach to acting. Take care in learning about how you can achieve depth within yourself. When interaction in acting has an unknown outcome it can be a real real-time experience.

Learn Emotional Preparation Techniques skills to self activate your own talent.
Actors use Fonts to make reading easier ExactDyslexia.com