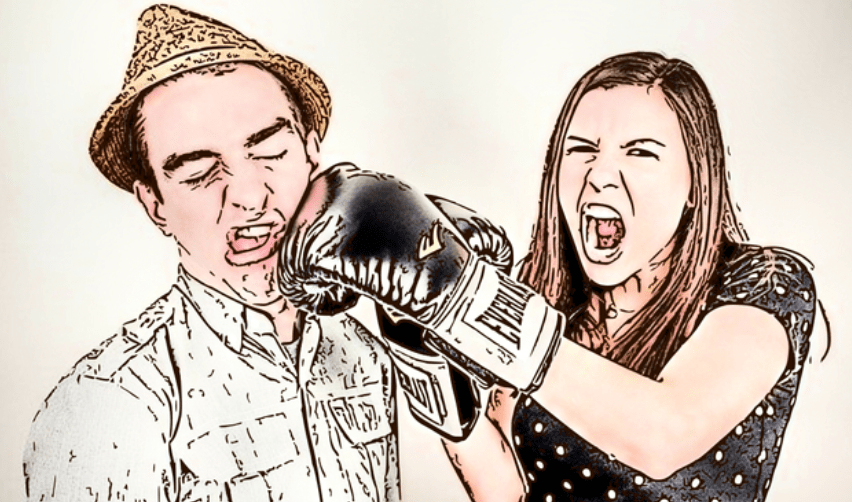 How Actors can be More Believable

How Actors can be More Believable is a real discussion that Actors want to have BOTH with themselves and with others. How you can add emotions into your acting with Emotional Preparation is going to be key.

Committing to the Other Actors Reality is your job as an Actor. If you are going to be more believable you have to train yourself to believe the other Actor more than you already do. This means, justifying the others existence within your imaginary circumstances.

Some Main Quotes from this Acting Article:
“Your job as an Actor is to believe the other Actor, not disbelieve them.“
“It is a craft to learn to be able to be better prepared as an Actor.“
“When you believe you succeed.”

Copyright 2019, 2022 Simon Blake
BEING Before DOING is key in acting!
PLEASE SHARE THIS ARTICLE!

Knowing and unlocking how you can believe in others will help you to be more believable yourself.

If you can add to your work an increase of believing the other Actor than you know you are improving your own acting work. How Actors can be more Believable is to allow the other Actors to affect them.

Introduction
How Actors can be more believable is the Goal of Acting training.  Exploring moments even moments that are not entirely truthful reveal more than stark bland stated realities. The human behavior is in the adjustment to the other Actors.  The more you commit and find exploration in what the other believes the more you have to work with yourself in your acting.

Too often in film and on-stage Actors have a disbelief in others they work with.  The all-too-common competition of who do you believe starts to occur in the scene.  Each Actor is believing their own story and their own reality but refuting the reality of each other.  Many times, this is thought to be good work in acting but the reality is that this type of conflict takes away from the building of the scene’s outcome.

Emotional Preparation can help improve human contact during scenes. It is a craft to learn to be able to be better prepared as an Actor.

Your Job as an Actor

Your job as an Actor is to believe the other Actor, not disbelieve them.

If you do not want to understand the other Actors intensions and realities than you should not be with them.  Your creative work as an Actor is to work out ways that you believe the other Actor is real.  Actors need to focus more on how Actors can be more Believable.

If you want to remain sceptic of others and persistently doubting if their reality is real of others find a different career other than acting.  The option is to only pick roles where you are only utilizing that doubting sliver of your humanity.

How to be more Believable

The more you believe of the other the more you are believable yourself.

Nothing more than you’re believing better builds the trust between yourself and the audience.  The audience will trust Actors who adopt to believing in the other Actor.  When you believe you succeed.

If you don’t give credit to the other actor than you will not get credit back.  The more you isolate yourself from others the less believable you will be yourself.

How Actors can be more Believable is by using consistently Emotional Preparation.

If you decide that the other Actor isn’t a great Actor so you don’t have to believe them than you are literally derailing your own acting and dismantling your own opportunity.  How Actors can be more Believable is to accept the different point of view by believing more and letting it affect them more.

Example:  Your wife in the scene does not want to follow through and have a child when she has just found out that she is pregnant.  She wants an abortion.

The more you believe that she is committed to having the abortion the more you will be affected by her decision and thus her acting.  The more her actions will affect you because you are giving over to her belief rather than intellectually doubting her.

What if I don’t believe the other Actor

If you are working with an Actor that you don’t believe or parts of their story you don’t believe you need to start getting to work on believing them.  You may not believe or hardly believe that the Actor you have to work with is right for the part, but you must do the work to figure out how to justify their reality despite your own personal opinion.

Doubting the other Actors humanity during your scene will bring down your work and theirs.  You may have to do quite a bit of work to be able to create a viable storyline or circumstance that you have to add to their reality in order to believe them.  Add whatever you need to in order to justify how the other Actor is able to be in their position of authority within their scene or in their juxta of position within their scene.

Example:  Jason is a really smart guy.  It is hard to believe that he could be stupid enough to be in the situation that he is in within his scene.  Jeremy finds it incredibly difficult to think that it is possible that Jason could be in this circumstance.  Jeremy does some brainstorming about what might make it believable that Jason who is so intelligent could be so stupidly involved in his circumstance.  After some time and work it occurs to Jeremy.  Jason could be involved with a woman that blindsides his reality to make him do the stupid thing in the script.  Jeremy adds to the storyline this concept so that he can believe that Jason is involved.

What to do if you don’t believe the other Actor?

If you are in a scene or an improvisation exercise commit to what the other most believes in.  It doesn’t matter about right or wrong in acting.   What matters is explored behavior and not you’re proving that you are right.  Have your opinion but allow the other person their druthers.  The person you are is an obvious quack that you are working with still work off what they believe.

What is more powerful and impactful to call the person a liar or to explore what they are doing?  Gain the perspective of the Actor does not mean believing the lie but being open to their reality.  How Actors can be more Believable is to adjust to the other Actors.

Example:  Brenda is lying about her involvement with what she is doing and the reason why she is fixing a necklace.  George knows that Brenda is lying as she talks loudly telling herself that she cares so much about this friend of hers.  If George calls out Brenda and says that he thinks she is lying that will the be climax of the discussions with her.  If George makes a comment or asks her a question as to what she likes about fixing a necklace for her mother-in-law than more can be revealed about Brenda.  Either Brenda will continue to lie continuously, or she will admit or start to admit how she really feels.

By George not judging the initial impression in a stark way the acting exercise opens up with his intrigue.  Brenda bursts out truths about how she really feels as George has interest in even and even a willingness to help her doing the repair or just by listening.  Brenda starts to tell ‘sometimes I want to strangle this mother-in-law, but it is Mother’s Day so I guess I should fix this for this woman.  God, she is so annoying sometimes.’

By adding your interest to what the other person is saying even when they are lying aids the expressions of further moments.  Those further moments will reveal deeper conflict.  Usually in life when there is a lie there is a reason for the lie.  If you work off the other lying in a way that opens them up to explanation so much more can happen than if you just call out their false statements.

Simon Blake has studied between 30000 – 40000 acting exercises and studied over 8-10++ thousand acting students work in acting. Studying their Emotional Preparation to their Spoon River Work. Studying every area of Meisner training work with well over 30 Teachers including himself.