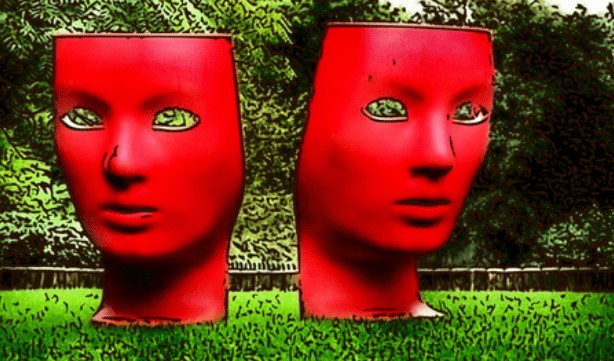 Basics of Acting can be broken down in simple steps. The Basics of Acting include Listening, Being, Interaction, gaining a Real-Time Experience, Doing and Emotional Preparation. Most Actors whom are the better ones rely on doing way too much.

Staying with the basics of acting that can help your put emotions into your acting is key.

Some Main Quotes in this Acting Article:
“Practice putting emotions into your work by doing Emotional Preparation.”
“Real Entertainment involves an experience gained by the experiencer.“

The Basics of Acting are:

Listening is a key ingredient that involves more than diction. Finding the ability to learn and receive the others behavior is real listening. There are few Actors that ever achieve the art of listening.

The Basics of Acting involving listening base the Actors reality in resonation rather than diction. Gaining the understanding that it is not what is being said exactly but more how it is being said is the encapsulating process of listening.

Gaining the experience of what the other Actors emulate is the key to listening. It is the ability to receive others without your own preconceptions.

Watching many people being uptight until they find something they have in common with others is key. You can see how when the common interests are identified between the two people that they both relax their bodies to be more collective with each other. This is when the real listening processes start.

Being in a State of Being

Being is a key to the Basics of Acting. Most Actors think of themselves as pontiff performers. They are the subject that are the entertainment. This is one approach to acting which often falls on its face.

The next group actors often believe that Acting is lying or crafting the ability to lie and be believable by another person. This approach fails to resonate any meaning between actors during scenes.

If you develop the basics of acting with the inclusion of your being your responses will have a larger fullness. Opening yourself up to having an experience you will achieve a visceral response to your surroundings and happenings.

Without being in a state of Being you will execute your scenes like a executioner rather than emulate pieces of what you are responsive to internally. Gaining this ability most Actors do not care to develop because there are so many schools of thought based on ‘Doing’.

Once my two books are published and edited, they have great details on why and how to achieve Being in Acting. Doing in the shortcoming of failed techniques in acting. Any acting that is based on the factual doing unachieved the interaction of Being. Being must come first before all so the essence of life is included within the art form.

Gaining an Experience by Interaction

The Basics of Acting has to include the Gained Experience. IF you are an Actor who Acts and does not achieve the feelings and appropriations of a gained experience you are a phony in your acting.

Real Entertainment involves an experience gained by the experiencer.

The purpose for having and participating in filming productions is the experienced gained. Failing to have an experience means that there is no intercourse with the elements of life within the scene.

If there is no experienced gained by interaction there is no basics for acting. The basics rest upon the stimulations affecting the Actor most preferably in non-forceful ways. The gain of realization is in the inter-actionary effect of the changes that the experience helps to realize.

If the basis of reactions are always based upon shock or radical drama the subtleness of realism will not take hold in the art work. Thus Acting will come across extreme rather than evolved in some sort of progression.

The Impetus of acting is the interaction reflected in the internal elements of the Actors Inner Life. Gaining the experience means that the basics of acting is realized and a progression evolves. The Actor will change within each scene at least subtly otherwise the scene is not needed within the production.

Going with the Happening in Real Time

Without going into memories on sets it is important to realize that the absolutely best Actors have always honed the art form of going with the Happenings.

There is a huge difference between Going with the Happenings and performing. In reality the Actor may not know how they are getting from a – z within the scene but they will know that they are fluid. Being fluid is more important than trying to interact with every detail.

Experienced Actors often achieve the ability to not over detail their acting and responses. This is done fairly well often because there are so many people in this industry who don’t want to be in the industry. Their lack of detailed responses in scenes actually work in their favor on this element.

Whatever you realize in real time is the real time event. The Basics of Acting is going with the instincts you have in present time.

The mistake that neurosis acting types make is they use their Emotional Preparation for the gain of taking out their frustration on a target. If you are doing this, you need to see a therapist not an acting coach. Sought out Emotional Elements are designed to interweave within the activities of the scene and not take over the scene.

Even acute circumstances cannot be acted out all alone. The emotional elements must resonate with intercourse activities or exchanges of ideas that take time in the real time event of the scene. Knowing how to get mad or cry does nothing to your acting unless it is in response to stimulations that are real time factors in the scene.

Most Actors fail to achieve Emotional Preparation because the industry is often focused on selling ideas. A truthful Actor is never interested in selling or conning an idea over another. Better to ask and find out why the producer is insisting that you try to sell ideals a certain way. You may be shocked by the answers.

Sadly, there are these ideas that involvement of Doings makes you an Actor. Learning to multitask interexchange’s with another Actor as you do something does not make you an Actor.

The Basics of Acting can and do involve Doings but not as a crutch that it has become in the industry. Involvement is different than Doings. Your outlook is on how to become involved. How to become beyond your conscious efforts and open up your unconscious reality in an involved way.

Gaining the ability to involve yourself and be less correct about your responses does help your acting and realism. The Basics of Acting involving doings that can help to achieve interaction is a fantastic approach.

Being aware that any involvement of Doing that limits your interactions could detriment you’re having an experience. Pick Doings that you can find activity in an interactive way rather than regimented way. You may be putting a saddle on a horse but if you are just doing the task within meaning than your actions become meaningless.

Remembering Your Lines in Acting

Many times, the focus of the line’s precursor the Acting. The trick to any lines working in Acting is the ability to remember them as you are already caught up in the experience. This means that you do not speech out your dialogue but rather actually remember what you are saying in real time.

The Basics of Acting require you to use dialogue. Using Dialogue in life often means that you have to stop or pause to remember what you are going to say as you are speaking. This is part of normal life dialogues. In acting you should also be able to achieve a relaxed approach. Permission yourself to pause to remember your lines is a craft that is part of learning to speak on camera.

If you have the false, pretense that your lines need to be memorized without intercourse of experience you will fail to be real.

Summary
Remember that the Basics of Acting in interaction, not performing. There are so many people that become Actors just to participate in the politics of the industry. Being above the ruckus of Hollywood is a task of itself.

Adding the ability to just do the Basics of Acting is not selling the ideas of producers but rather actual involvement within scenes.

Simon Blake has studied between 30 000 – 40 000 acting exercises and studied over 8-10++ thousand acting students work in acting. Studying their Emotional Preparation to their Spoon River Work. Studying every area of Meisner training work with well over 30 Teachers including himself.