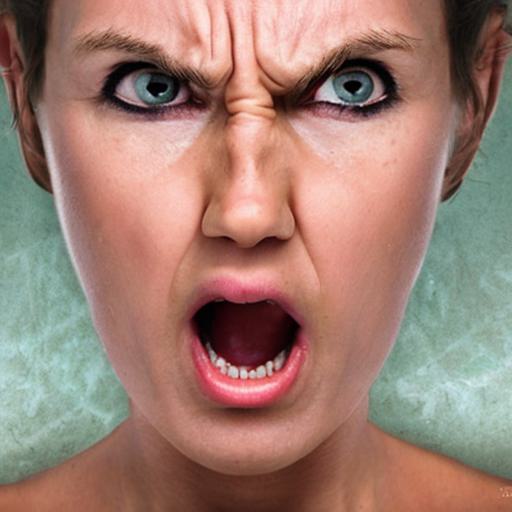 Acting is the leaping into a non permanent reality. Actors take the leap of faith to enter into imaginary conditions. Adding Emotional Preparation amplifies the acting interaction. Actors who activate their emotions learn the skills of acting technique. Each Actor must build their own technique until they construct a consistent approach. Learning to self activate and emotion while receiving your scene partner takes some time to develop.

Acting. Actors do Acting by entering an Imaginary Scene to feel authentic emotions. Acting is the art of entering emotions into interaction. Actors self activate their emotions using Emotional Preparation Technique. Imaginary Circumstances are lived out in real time happening of the scene.

Some schools of thought in the Acting community consider ‘character acting’ as being fake acting. Regardless, Acting can be done either on stage or screen.

Acting can also be used as a form of therapy connecting to expression. Some therapists use role playing as a way to access personal expression. Acting is also an artform where people use acting to explore their emotions and feelings in a safe and controlled environment.

Some consider acting to be related to miming and facial expressions. All forms of acting considered real or fake involve chosen or interactive forms of movement and expression.

Why the Definition of Acting Matters

An Actor Defines the Definition to help themselves define their training. You as the Actor need to decide your own definition of acting. Acting is a subjective mark that the artist within you needs to decide. You are the dramatist that project how you dispute your craft.

Similarly when you make acting improve your humanity you permission greater self awareness. Understanding your desired journey in acting will help your intonation and gesture you towards external rich life outside your normal daily ranges.

Is The Dictionary Right about Acting?

The English Dictionary insists that Acting is all about performing and performance. The definitions in dictionaries state that there is a hyper awareness or presentation that defines Acting.

Meisner’s Definition of Acting is: “Living Truthfully under Imaginary Circumstances”

Meisner’s Definition to Acting is far different than any Dictionary definition that convey amateur approaches to expression. In the real world of the film and television industry the more ‘Real’ you can be the more ‘in the moment’ you are in your acting.

Other definitions of acting that are not in the English Dictionary include the artistic representation in theatre or drama that includes the playwright ideas. The significance of having the talent to include the playwrights vision describes degrees of essentially talent.

When it comes to finding words related to acting, there are plenty of options in the English language. Some synonyms for acting include performing, pretending, and feigning.

These words all convey the idea of putting on a show or putting on an act. Other words related to acting include role-playing and playacting. These words suggest that someone is taking on a different persona or character in order to entertain others.

Essential Synonyms show the artistic comparisons to the word Acting. Synonyms that are not commonly in Acting definitions include being real, being truthful, and truthful interaction.

Others Define acting as “Acting is Doing”. However, Doing by itself should mean the Doing of interaction, not the doing of execution. The more one Executes within their acting the less give and take there is in their acting. Some refer to defining words related to and Actor as “living in the moment”.

Word Acting in a Sentence

The Word acting in an example sentence:

When the Actress took to the stage.

The edition of the acting career was at first a burden to the author.

The casting director knew that acting was art.

The theatre was full of acting students of all ages.

Why You Need Acting Class

You need acting class to improve your vocal projection, diction, and stage presence. You’ll also learn how to better control your emotions and use them to create believable imaginary circumstances.

Additionally, One of the best ways to find your audience source is to look for online communities that focus on topics that intrigue you. You may find genuine interest that have acting demand or an element that you can relate to.

The skill of preparing a monologue will help you in the acting game. Knowing the references to the materials you do in Auditions will give you insight. This doesn’t mean that you are forcing yourself into 20 hours of research for every audition. You may choose to do 30 minutes of research to only several hours of work for an Audition.

Alternatively, you may want to spend ten or even one hundred hours studying acting reference materials for an audition. You may need to dive into subject materials to learn a new idea or thought to learn behavior patterns that you had no prior awareness of before landing the audition.

Learn to Train Yourself as An Actor

There are many different schools of thought when it comes to training as an actor. Some people believe that you need to be trained by a professional in order to be successful, while others believe that you can learn to train yourself. If you’re interested in becoming an actor, it’s important to explore both options and see what works best for you.

If you decide to train yourself, there are a few things you’ll need to do. First, you’ll need to find material to work with – whether that’s scripts, monologues, or scenes from movies or TV shows. Once you have material, you’ll need to start practicing regularly. This means setting aside time each day or week to work on your craft. You’ll also need to be willing to put in the hard work – which means studying your craft, attending workshops and classes, and constantly pushing yourself to improve.

If you’re dedicated and willing to put in the work, there’s no reason why you can’t train yourself to be a successful actor. However, it’s important to remember that everyone learns differently – so if self-training doesn’t work for you, don’t be afraid to seek out professional help.

Do I need an Acting Resume?

If you are planning to pursue a career in acting, then the answer is yes, you will need an acting resume. This document will list your experience and training in the industry, as well as any other relevant information that might be of interest to potential employers. While it is not required to have an acting resume in order to get started in the business, it is strongly recommended.

It might surprise you that many Actors do get work without a Resume. Much of the industry is based on a who knows who in casting. However traditionally you will want to prepare an acting resume with headshot.

Most traditional Jobs require a Job Application or a Resume. Sometimes people get regular jobs by references or personal communications. In acting many times references and personal vouching is enough to find work as an Actor.

You may consider a more important thing than an acting resume to be your film reel. Being able to show your acting reel of work that you have done when working with Emotional Preparation successfully in your acting is key. If you can show that you can enter into different ranges of emotion in an acting reel, you will be at an advantage. This is true for a New York musical or film work.

There is no denying that British actors are some of the best in the world at pronunciation and articulation. They have a certain style and class that is unmatched. However, there is a difference between British acting and other types of acting.

British actors tend to be more reserved and understated. They don’t rely on histrionics to get their point across. Instead, they use their words and delivery to convey the emotions of their character. This can be seen as a more sophisticated form of acting, and it is certainly one that requires a great deal of skill.

Is Acting Hard to get into?

Yes, acting is definitely hard to get into. There are so many people who want to be actors and actresses, and only a limited amount of roles available. Even getting an audition can be difficult, as there are often thousands of people competing for the same part.

Once you do get an audition, you then have to try to stand out from the crowd and give the best performance possible. If you’re lucky enough to land a role, it’s still not over yet. You have to continue to work hard and stay focused in order to keep the role and maybe even get promoted.

So, while acting may seem like a glamorous profession, it’s actually quite difficult to break into.

The process of auditioning for an role can vary depending on the production. For example, auditions for a play may be very different from those for a movie. In general, though, the purpose of an audition is to give the director or casting agent a chance to see how an actor performs.

Some auditions will require an actor to prepare a piece in advance, while others may ask for impromptu readings from the script or sides (a portion of the script specifically chosen for the audition). Sometimes an actor will be asked to do a cold reading, which means they will receive the material to be read only moments before they are asked to perform it.

After the audition, it is common for the director or casting agent to provide feedback to the actor. This feedback can be helpful in preparing for future auditions.

Should I Start Acting?

There is no easy answer to the question of whether or not you should start acting. It depends on numerous factors, including your natural talents and abilities, your level of commitment, and your financial situation.

If you have a strong desire to act and are willing to work hard at it, then you may be successful. However, keep in mind that the acting industry is highly competitive and you will need to be prepared to face rejections.

You should also be aware that most actors do not earn a lot of money and you may need to supplement your income with other jobs. Before making any decisions, be sure to do your research and speak with professionals in the field.

Actors Train themselves to be affected in an acting reality.

Check Out: IndependentActivities.com
and DyslexiaPhonemes.com
Friend Me
Latest posts by Simon Blake (see all)